Some of the folk clubs in Brighton, Lewes and Sussex

This folkie goes mostly to the very traditional Lewes Saturday folk club at the Room in the Elephant and the Sunday Song Circle informal folk evening. I occasionally go to the more eclectic Brighton Singers' Club / Cellarfolk run by Ian Fyvie at Round Georges on Tuesdays.

A Sing and Natter is planned for the second Sunday of each month from 2020 at the John Harvey Tavern in Lewes, 4:30 to 7pm. We will share our pleasure in folk songs, folk music and traditional storytelling, like the Third Tuesday sessions at The Ram at Firle that Sandra Goddard started about 40 years ago. It also offers an ideal opportunity to try out new songs or stories or to share something for the first time in supportive company if you have never done it before. We always welcome newcomers. For more information please e-mail or call Brighton 965350.

Another good opportunity for singing with gusto is with Sacred Harp and Shape Note, such as can be experienced at Brighton Shapenotes twice a month or Lewes on Second Monday.

The dots on the music stave are in four different shapes - fa, lah, sol, mi - and I for one certainly find these fa-so-la shape-notes easier to recognise and "read" than unshaped notes; there are only four different notes and I don't have to worry about different clefs or key signatures.

The Brighton-based band Tight Squeeze play for ceilidhs or barn dances who pride themselves on versatility and good musicianship. They are also good fun to dance to. 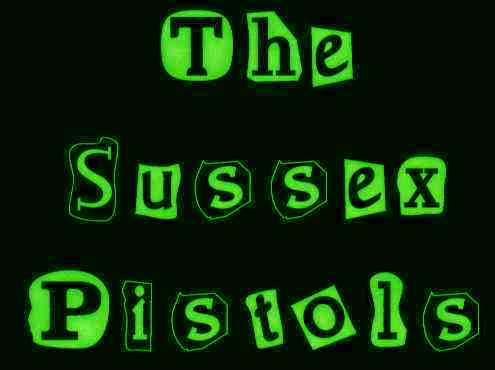 The Sussex Pistols are a well established ceilidh and barn dance band based in Lewes & Brighton.

You can get to a lot of folk festivals by public transport - check online at Traveline SE large text and mobile (accessible) version, or the uncluttered and easy-to-use Accessible Train Times.

First event each year is the Sussex all-day sing on the middle Saturday in January at the Royal Oak, Barcombe, BN8 5BA. See Lewes Saturday folk club web site for confirmation and details.

The Sovereign Seas Folk Festival in Newhaven features a large proportion of sea-songs and shanties, so everyone can join in. The fifth festival is 7th and 8th April 2018, based at Newhaven Lifeboat Station and raising funds for the RNLI Newhaven Lifeboat.

.
Chippenham (easy by train!) offers festival-goers good song and folk club style sessions, and features some excellent talks on folk-song-related themes such as songs of the lumbermen, plus a number of dance workshops such as morris, Playford, contra, belly dancing, and sometimes sixteenth century or renaissance dancing.

Crawley festival is probably the nearest to me.

Travelling Folk Song&Ale in Upper Dicker (a few miles from Berwick station) is a fairly informal, friendly and very popular event and it includes a walk on Saturday morning which I lead.

"Laugh, drink and sing" with the middle bar singers in the Anchor at Sidmouth Folkweek. Oh no - I've been captured singing "Row On" in a weird, but thankfully short, clip on YouTube!

The Whitby Folk Week was well worth the trip - with Charles - when the first weekend was the weekend of the Regatta with tall ships and fireworks. Going by train via Middlesbrough takes 6h34 but Traveline Yorkshire recommends train to Scarborough then a one-hour bus journey, total 6h7. 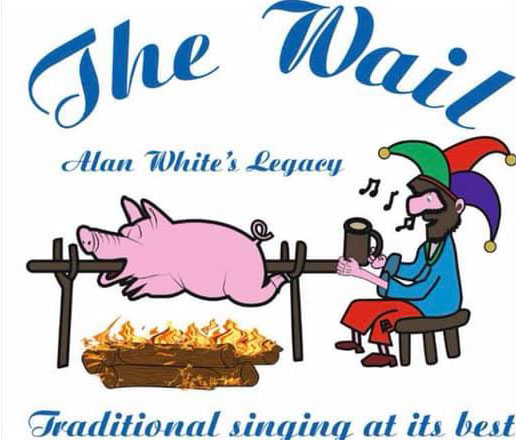 The Wail, previously the Wareham Wail, moved from Wareham to Verwood many years ago, where we sing, unaccompanied by instruments, in marquees. On Saturday starting at Midnight we share a roast pork "banquet" in another marquee - and we dress up!

Barns are good not just for dances, you know ... at Whittlebury Song and Ale we sang in the barn. Our unaccompanied singing the rafters ring (see picture) in the four chorus-based "Big Sing" sessions, and we sang more gently in the three themed sessions.

At the Tenterden folk festival, as well as singing, dancing, making music and sitting in concerts, we also take a ride on the Kent & East Sussex Railway; I wonder what the other travellers think of it.

In 2009 I went to Bedworth for the first time and thoroughly enjoyed it - not least, thanks to Ali & Steve, the unexpected trip to the Village Carols at Dungworth.

Brighton has recently had excellent Pub Carols sessions in December, with rehearsals on November, organised by members of Brighton Morris. All good fun and grat songs from Sussex and beyond. My favourites are Blow Ye the Trumpet and Remember O Thou Man. 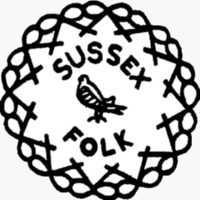 Sussex Folk Association SUSFA lists just about all the folk groups that meet in Sussex. An excellent, well organised and comprehensive folk site. 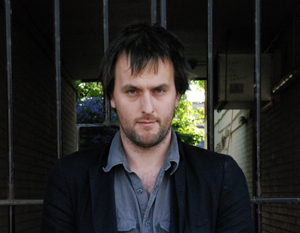 Listen to A Folk Song A Day by Jon Boden, a project that Jon set out to do for a year in June 2010. You can download the 365 songs in iTunes. A Folk Song A Day includes lots of information about each song too!

Les Barker's Mrs Ackroyd pages. The most famous collections of Les's poems are the Guide Cats for the Blind double CD of Mr Barker's work recorded by a multitude of more famous people.

Local songwriter Maria Cunningham wrote songs in folk style about Sussex folklore and history and there a web site has been set up in her memory - Sing4Maria. Here you can find previously unpublished recordings of Maria's songs. Maria's include The Long Man (of Wilmington), Mad Jack (Fuller), Hastings' Jack in the Green festival, the Mary Stanford Disaster, the Hat in the Road and the windmills Jack and Jill.

The best site to visit is Mudcat.org where you can find find folk song lyrics, discuss song meanings or provenance or ask people for lyrics and other information.

Other useful sites are Robokopp Folksleider with folk songs from across the world, the Contemplator's folk music search, Rod Stradling's mustrad musical traditions magazine, so-called "celtic" lyrics collection which includes a fair number of English traditional songs and even some recently written songs in English traditional style by English people.
There is a good list of many internet folk music resources at Martin Nail's site. Find all sorts of facts and figures about folk and a list of traditional songs at Folk File: A Folkie's Dictionary by Bill Markwick - you can spend hours browsing there.
For sea songs and shanties (or chanteys) - those lustily rhythmic traditional songs - try Contemplator's songs of the sea. I quite like to browse Schoonerman's sailing terms too.
I have written some songs in traditional folk style too. See what you think of my song for September and my song for Wet May Bank Holiday .

Brighton Morris Men (mainly Cotswold), the Cuckoo's nest women's side which is also based in Brighton, Sompting Village Morris (Cotswold, North-West, Sussex and Border Morris, ladies included), Old Star (Border) Morris who meet at dawn on May Day (that's 4am!) at the Hollingbury Hillfort and lunchtime on New Year's Day dance outside the Pump House in Brighton Lanes. The women's morris Knots of May were formed in Brighton but now practise in Lewes. Also in Sussex is Broadwood Morris (Cotswold) which Doug used to dance with.